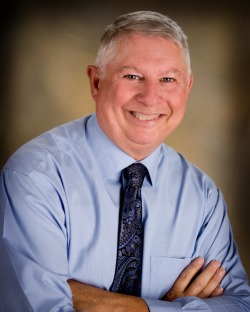 School:  No Place for Bullys*
A Comprehensive Program for Bully Prevention
Colonel Matthews helps listeners understand their responsibility to report all incidents of bullying to an adult. Bullies thrive when they can operate unopposed. This Custom 45 minute Power Point presentation defines bullying along with the roles of the victim, the bystander, and the adults in the system. This program is most appropriate for grades 3-8 and is designed for presentation to a large or small group. The presentation is 'customized' for the school and its Student Code of Conduct. All students leave with a "Student Complaint Form" to use whenever someone bothers them. Administrators will recieve a template for a brochure outlining the school's plan to deal with bullying to share with parents. Teachers will receive an email template to use in reporting any complaints made to them. Teachers would be strongly encouraged to submit the information. Principals will also receive an Excel template to document student complaints and the patterns/trends to look for in bullying behavior. Principals will also receive suggested Student Code of Conduct language outlining how the campus will respond to incidents of bullying. Colonel Matthews will also meet with administrators, teachers, and parents to outline the components of a successful, comprehensive Anti-Bully Program. CONSULTATION: Have your Bully Prevention Program evaluated before school starts! *Intentionally mispelled.

Biographical Information
Lieutenant Colonel (Retired) Bill Matthews is a veteran of 26 years with the United States Army including service in Viet Nam with the 11th Armored Cavalry Regiment. During his military career LTC Matthews worked at multiple Army installations in the US along with tours in Belgium (NATO), Egypt, Viet Nam, Panama, and England. From these assignments he was able to visit many nearby countries. Colonel Matthews speaks enough Spanish, Vietnamese, German, French, and Arabic to get along in countries speaking those languages. Following his retirement from Army Colonel Matthews began teaching science to 7th grade students. After five years of teaching, he was asked to become the principal of a middle school campus. During the ten years that followed his campus earned many awards including the highest academic rating given by the state of Texas, Exemplary. Colonel Matthews has been married to Caroline for 46 years and this marriage has produced four children and nine grandchildren. All of the children and their spouses have college degrees, several have masters degrees and one son-in-law is a pediatric dentist. Colonel Matthews is active in church serving as Deacon Chairman, Sunday School Director and Teacher, and member of the choir. He is a long time member of the local Lions Club and is currently serving as Guiding Lion in the formation of a new club in a neighboring community. Colonel Matthews graduated from Texas A&M with a degree in education, and from the University of Syracuse with an MBA.