My Thoughts on Bullying 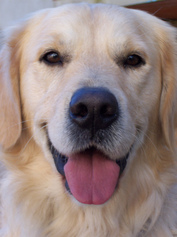 I use images of dogs in my presentations, especially to students, in order to avoid stereotypes or inadvertently using a picture that resembled someone in the school. I find that kids quickly identify with the dogs and the expressions they present.
I don't believe there is any excuse for bullying or for bullies. Bullying is learned behavior. It may be learned from parents or from other students but it is learned somewhere. Every group has a horse in the race against bullying. Students, especially special needs students, are the most frequent victims and the least able to to deal with the problem. It is essential for any bully prevention program to give "voice" to the victims. Bullies thrive on remaining anonymous, that is why they threaten do additional harm if someone tells. Bystanders/witnesses are victims too. They know they could be the victim next time so they are afraid to tell. Teachers are caught in the middle. They don't always know who to believe when a complaint is made. They are overwhelmingly busy and must deal with unending pressure to perform. Though not intentional, they often don't report the complaints for a variety of reasons: they forget, they don't have the whole story, they know it will result in an angry parent, etc. Additionally, bullies are often skilled con artists careful to protect their image with  the teachers. Teachers must be given a painless way to report all complaints to the principal/assistant principal. The administrators are overburdened with their duties as well, but it helps to look at bullying as a campus safety issue instead of a age-old problem. Administrators must have a response plan mapped out for dealing with bullies. This plan has to include a solid definition of bullying and disciplinary actions that will be taken the first time and subsequent times bullying is identified. The most important thing administrators can do is the make sure students, teachers, parents, and support staff know that bullying will not be tolerated on their campus. That brings us to parents. Parents of victims often cave in to the victim's pleas not to involve the administration because they fear retaliation. Parents of bullies are very likely to be highly offended and very defensive regarding the bully's behavior. That is why record keeping must be meticulous and consequences spelled out in the Student Code of Conduct. Finally, but not least, support staff, including bus drivers, must be included in the battle against bullying. They are in a good position to witness behavior that might go unreported. They also might be the outcry witness the victim will go to. Support staff, too, must have the means and the encouragement to report any complaints they receive. Only a comprehensive program, addressing the needs of all interest groups, vigorously executed, and meticulously documented, will at first reduce and then eliminate the problem of bullying. The alternative is to suffer through the anquish illustrated in the June 2011 issue of Texas Monthly in which four student suicides are traced back to students being bullied, complete with the lawyer riding in and claiming the school "did nothing". If you have the type of program I have described, the "school did nothing" allegation will not stand up. But more importantly you will have the tools in place to prevent the problem from reaching the levels described in the article. Reference: Texas Monthly, June 2011, page 74, Playground Rules by Skip Hollandsworth.